How the KiteX project started - Andreas

In November 2015 I knew I was going to end my daily work as CTO in Vaavud. Two months later, after the handover, Gustaf convinced me to start working on a new startup project - “dropbox for data”. The idea was to create a modern spreadsheet application, where all data you worked on would be connected and live synced (also with external sources). We did manage to create a top 10% application for YCombinator S2016, but in the end I still had a hard time explaining exactly what we were doing, the team dynamics could be better and finally we weren’t super excited about it, so after about 4 months we decided to end the project. 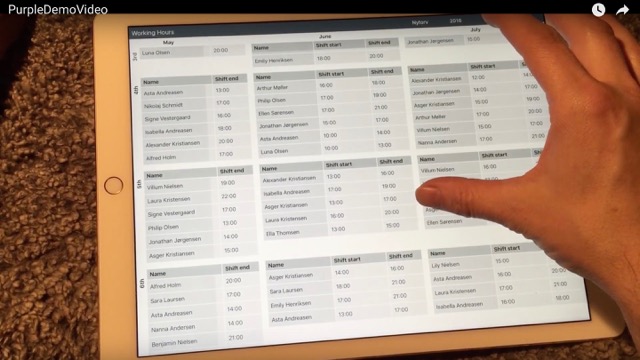 Screenshot from the purple spreadsheet app.

After a bit of freelance work (thanks to Gustaf) I went to South America to figure out what to do next. The most prevailing idea was an old one that I remember discussing with my classmates at university (in 2011).

What if you could make more efficient wind turbines using kites !

I had already been kitesurfing for several years and was quite interested in fluid mechanics, composite materials and renewables, so the idea was quite natural really.

Back then it seemed impossible to start such a company, and it still did (given my bank account was completely empty and my lack of industry experience). Instead I choose to apply for positions in the two largest danish wind turbine companies, but without success. Then I asked to join Makani (the most promising kite energy company) through LinkedIn, still no luck. That was when I decided to create my own autonomous flying kite, which would be (a part of) my next job application. Over the next two and a half months I learned about how to drive steppers motors efficiently, control it wirelessly from my laptop, do video tracking on my iPhone, write a control algorithm using AI, make an interface and communication infrastructure using modern web technologies. Detailed prototype description. That combined with designing and building mechanical prototypes and outdoor testing made it a lot of fun. So fun that I never send the job application. 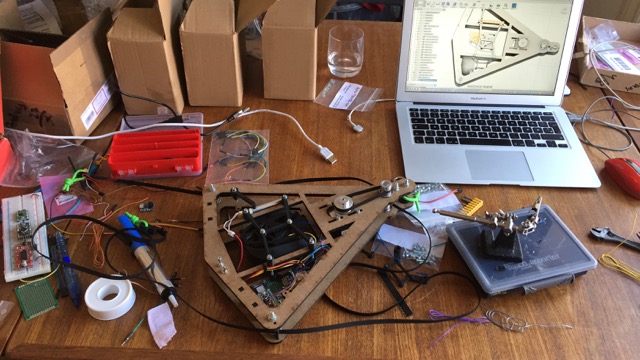 First iteration of the ground control unit, which was too heavy and eventually broke after the ground anchor broke and it went flying.

For the second iteration the stepper motor was stationary on the ground and adjusted the line length through a pulley system.

Kite energy was gaining a lot of interest internationally with academics and companies doing research and development in many parts of the world. Probably as a result of the wind industry being so established in Denmark, then we hadn’t seen any other Danish startups (or academic research) working with kite energy yet. Given the know-how, industrial and governmental interest in wind energy it should really be the perfect place. So at that point Gustaf and I decided to join forces again to see if we could get this new project flying. Surely there had to be space and interest for a Danish kite energy project - and if not, then it would at least be a lot of fun and we would gain valuable knowledge within the emerging field of UAV/drone technology. 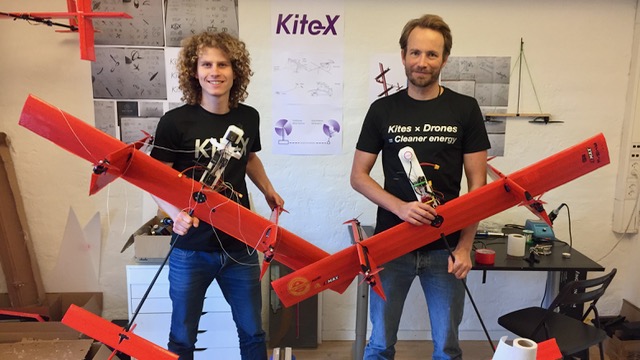 Testing our new t-shirts for the first time.