The is tether is modeled using point masses and springs connecting them similarly to the method used in FreeKiteSim. It’s also described in the paper Fechner, Uwe, et al. “Dynamic model of a pumping kite power system.” Renewable Energy 83 (2015): 705-716. link

The data has been extracted from figures from the above articles.

The source code is available at github.com/kitextech/kitesim. It’s published under GNU General Public License v3.0. We want to encourage collaboration on the development of kite energy simulation codes. Major code refactoring should be expected. 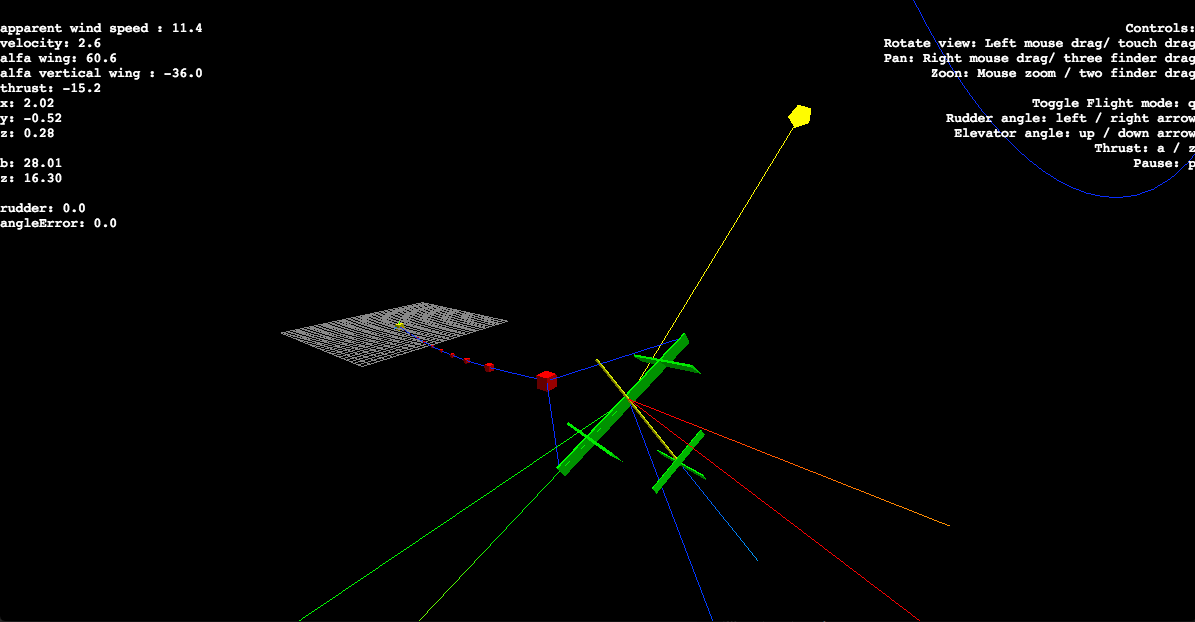 Hovering up to a specified starting point. The thrust from the four rotors is distributed in such a manner that the drone is able to stay upright and fly to the designated position

Transition from hovering to crosswind flight. Doing this maneuver the kite/drone accelerate up to flight speed and angle the main wing perpendicular to the wind 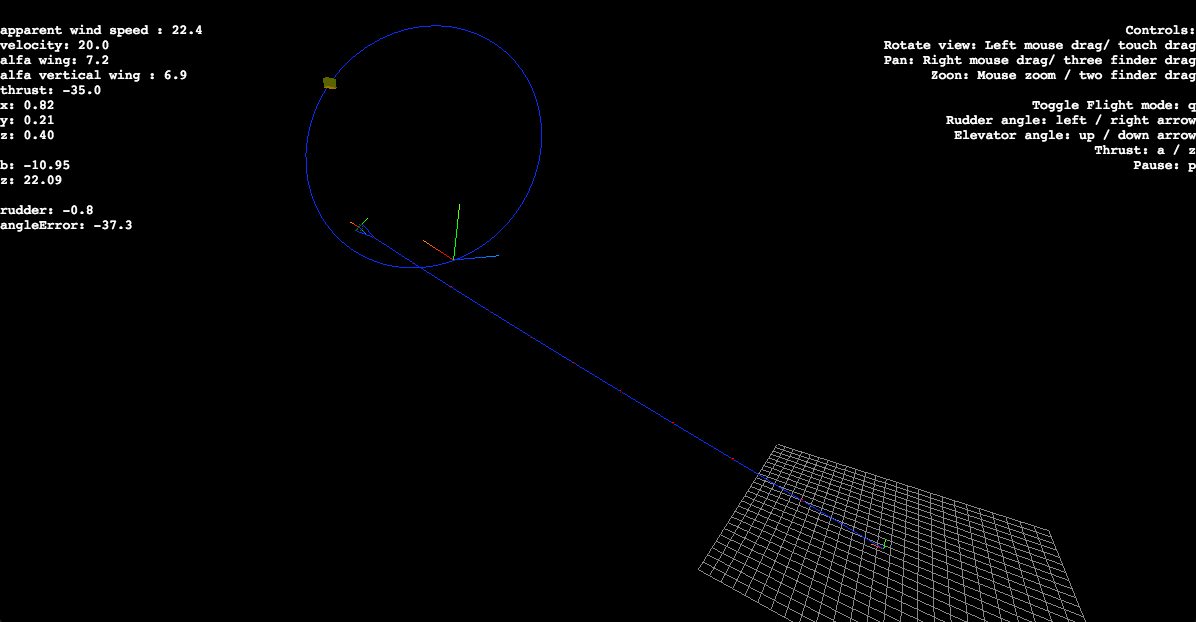 Now the kite will track the predetermined path using only the rudder of the kite to control it’s direction.